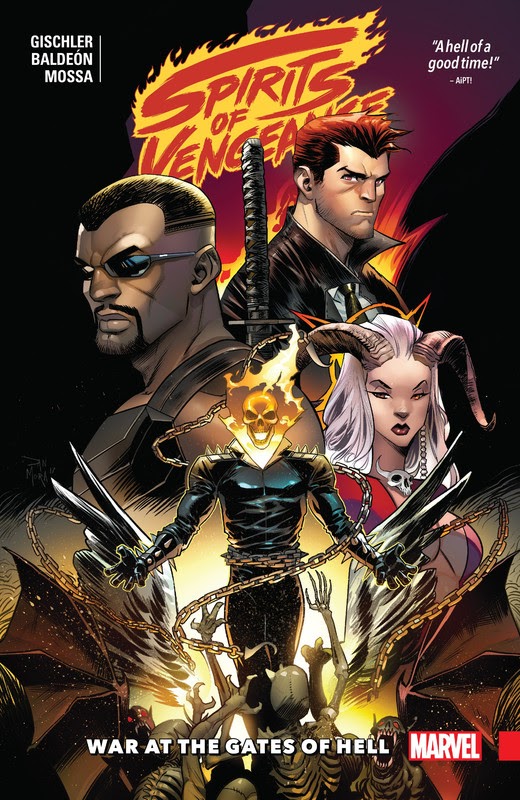 A dead angel. A silver bullet. A kept promise. For ages, the war between Heaven and Hell raged in the unseen corners of society, with both sides in delicate balance. But when an undercover angel is murdered, the scales are tipped. Now, Johnny Blaze must find the killers and punish them but he won’t do it alone. A deadly team rises from the darkest depths of the Marvel Universe to form an unholy alliance: Ghost Rider! Hellstorm! Satana! Blade! They are the Spirits of Vengeance and they must unravel a plot against God himself. The forces of Necrodamus mean to unleash a deicidal rampage not seen since the Old Testament. As the drums of war beat louder and louder, only the Spirits of Vengeance stand between the armies of Heaven and Hell!