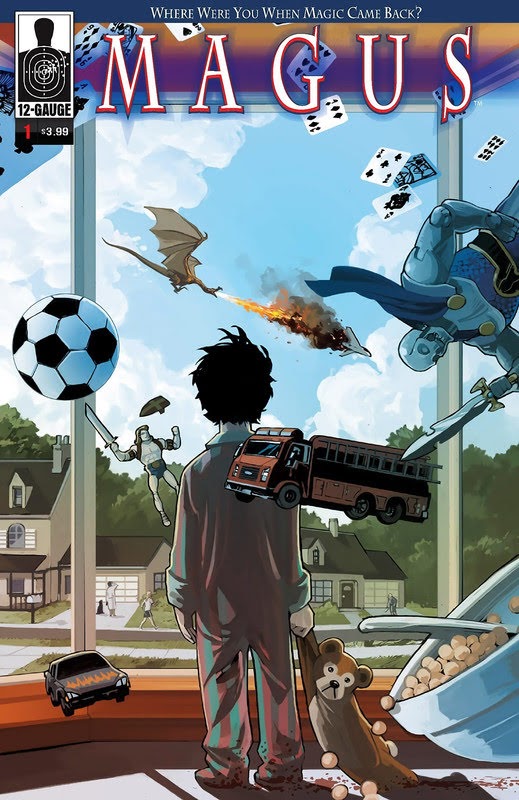 Where were you when magic came back?

After being sealed away for thousands of years by a group of powerful men and women, humankind’s innate ability to use magic is accidentally released, leaving everyone on the planet able to perform magic! In suburban Massachusetts, Ben and Darius find themselves thrust into the middle of a changing, turbulent new world, and intricately linked to what’s happening. Joined by a small group of new friends, these powerful young men must unravel the secret history of magic, while governments across the globe desperately fight to return things to the way they were before. Don’t miss the first exciting installment of this epic adventure, featuring the stunning art of Rebekah Isaacs (Brian Wood’s DV8)!