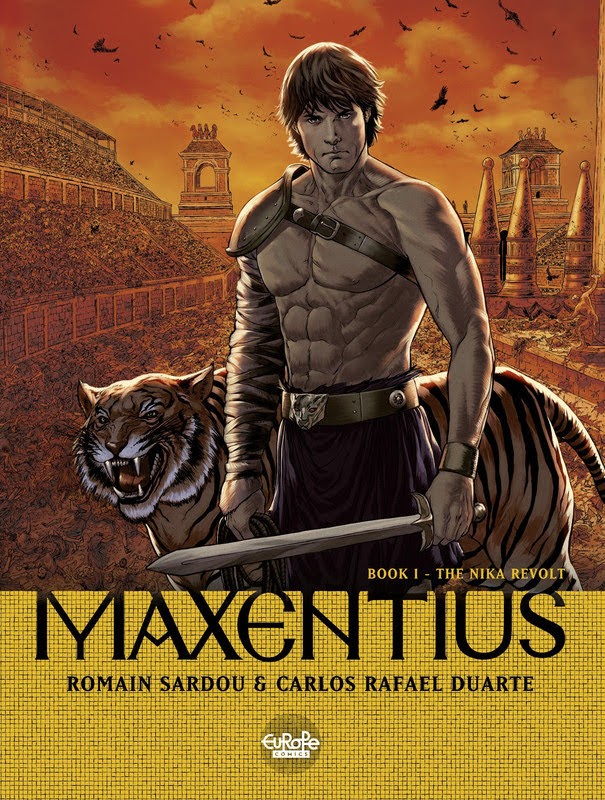 The year 532. Justinian rules over the Eastern Roman Empire, his wife and most maleficent ally, Theodora, at his side. From his capital of Constantinople, he dreams of restoring the empire to the splendor of Ancient Rome in the time of the Caesars.

But during the month of January, following an accident during a chariot race in the Hippodrome, Constantinople is set ablaze. Now everything hangs in the balance: the throne, the imperial couple, the empire.

Maxentius, an animal trainer and the empress’s assistant, has just a few hours to save centuries of history.

A few hours during the Nika revolt, supposedly the bloodiest massacre in antiquity.