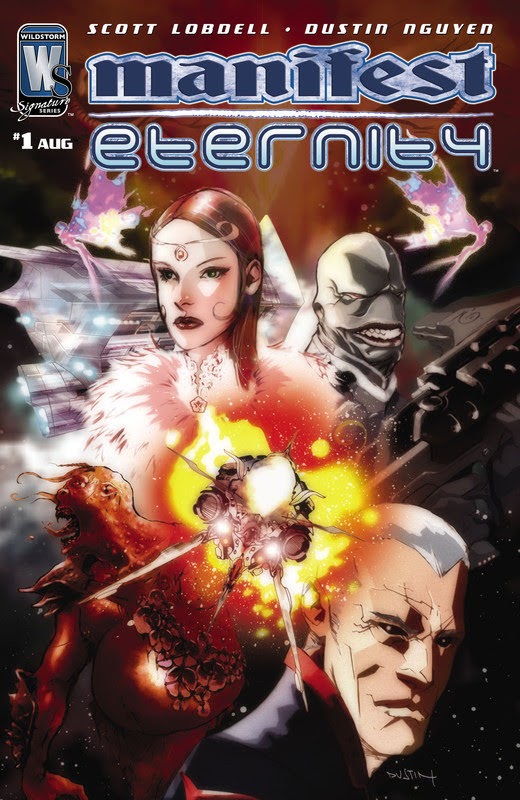 An Earth-based empire of science is attacked by an empire of magic, causing decades of war and casualties in the hundreds of millions. Welcome to the future that is MANIFEST ETERNITY! The intergalactic war between two advanced civilizations spans an entire century. From the opening shots of the first contact to the final, apocalyptic battle, this ambitious new series will show every side of the conflict. Each issue spotlights a new group: monsters who pilot zombified dragon dreadnoughts; elite fighter pilots from Earth; the shadowy figure named Tarkington. Could he have betrayed all of humanity decades before the start of the hostilities?