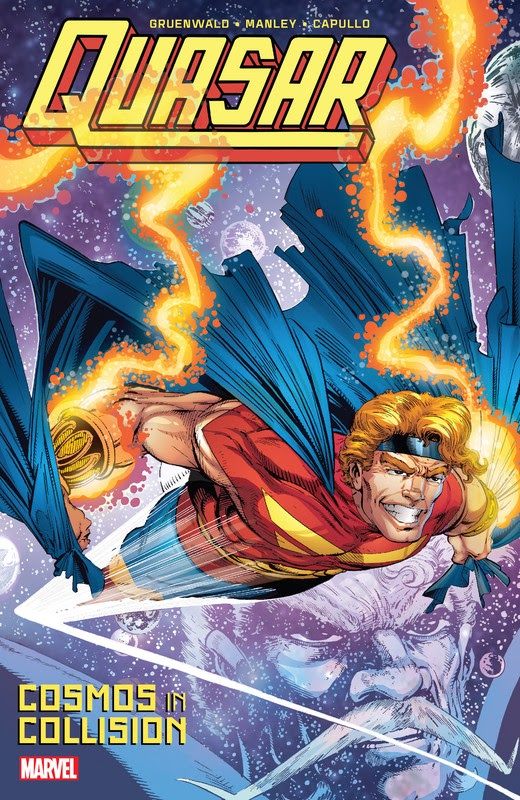 Quasar takes on Maelstrom in the fight of his life! As Protector of the Universe, Wendell Vaughan takes his job seriously, but he’s only human and his cosmic mentor, Eon, has long warned of a looming threat that will destroy all that is. Can Quasar possibly prepare himself for the mind bending battle to come? Meanwhile, Captain Atlas and Doctor Minerva want Quasar’s quantum bands and they’re not the only ones. And when the members of the extradimensional Squadron Supreme find themselves stranded on Earth, Quasar must aid them in a galactic conflict between the Stranger and the Overmind!