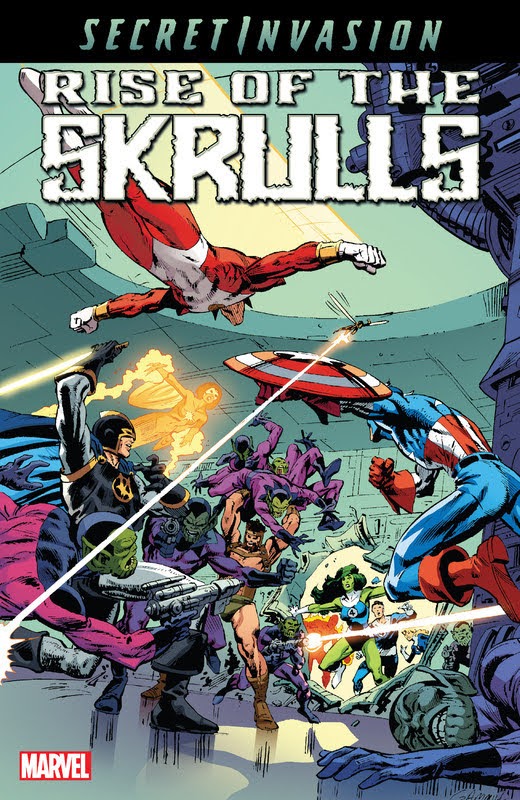 Chart the history of the Skrulls from their first visits to Earth to their devastating Secret Invasion! Meet the Super-Skrull who wields all the Fantastic Four’s powers! Witness the Kree/Skrull War’s cataclysmic climax alongside the Avengers! The legendary Mar-Vell returns from the dead – or does he? And Carol Danvers is swept up in the alien intrigue as the SECRET INVASION begins! Plus: 1800s and 1950s infiltration attempts! Galactus targets the Skrull throneworld! The Skrulls lose their shape-shifting powers! And more!