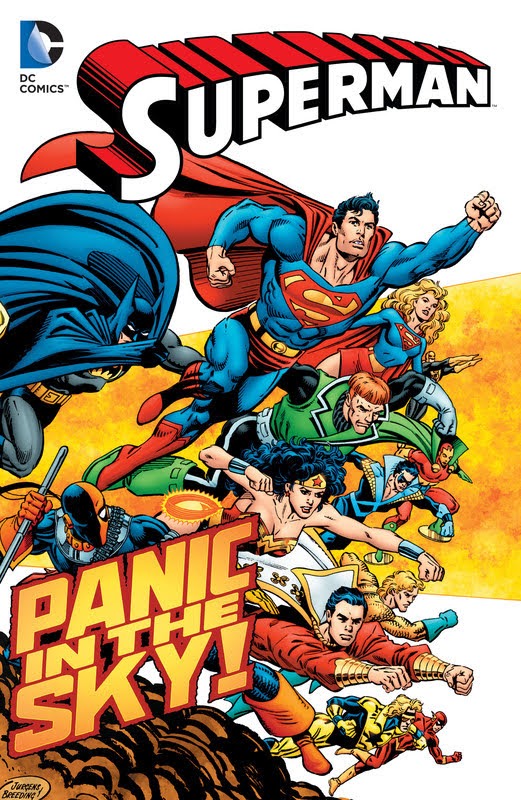 In SUPERMAN: PANIC IN THE SKY, uber genius Brainiac takes over Warworld and begins piloting the massive planet-sized satellite towards Earth on a mission of annihilation. In need of help, Superman recruits an army of super-powered beings to retard Warworld’s destructive progression while a second battalion of heroes battle against an armada of alien invaders on Earth. But as the war rages on and casualties increase, even the combined strength of Superman, Batman, Wonder Woman, Green Lantern and the rest of the heroes may not be enough to the save the world against this unstoppable menace.