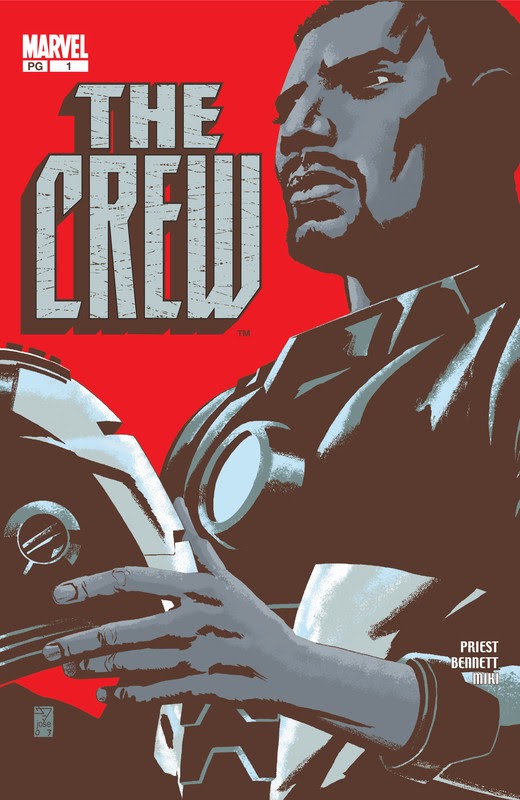 Spinning out of the end of Christopher Priest’s critically acclaimed Black Panther series, the Crew was intended to be a new ongoing series that would not only continue some of the story threads Priest had established in Black Panther but also pick up threads from the recent Truth: Red, White and Black limited series. However, low sales from the beginning saw that the series was canceled at the end of its first arc with the seventh issue.

From even before the first issue debuted, the series had to fight the mistaken impression that it would just be the „Black Avengers“ and a ghetto superhero team.