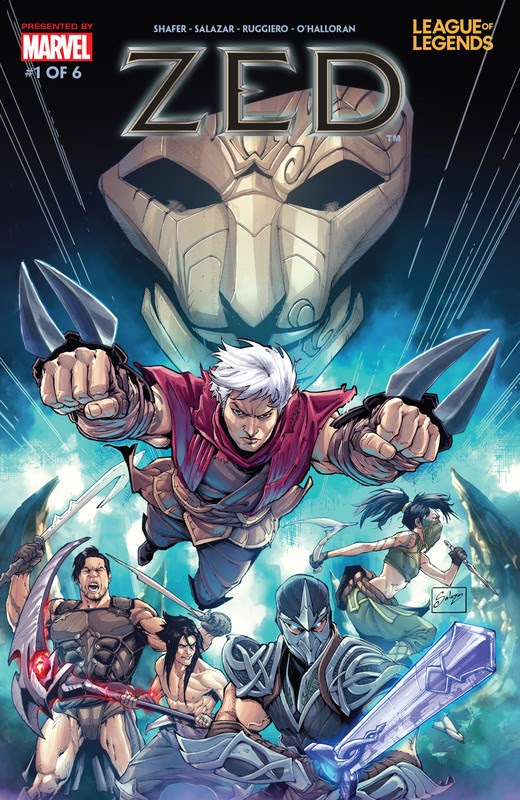 FIRST IN A NEW SERIES THAT EXPLORES AND EXPANDS UPON THE WORLD OF LEAGUE OF LEGENDS!

In Ionia, a land steeped in tradition and still reeling from war, the once honorable warrior named Zed leads a band of assassins. After Zed murdered their master, his childhood friend Shen has taken a different path, inheriting his father’s former mantle as the Eye of Twilight and maintaining magical balance in Ionia. But when Zed is lured back to a village where he and Shen once encountered a great evil, a brutal killer from their past resurfaces: the magically gifted psychopath Khada Jhin! Will the two sworn enemies work together to defeat Jhin–or will they destroy each other first?!