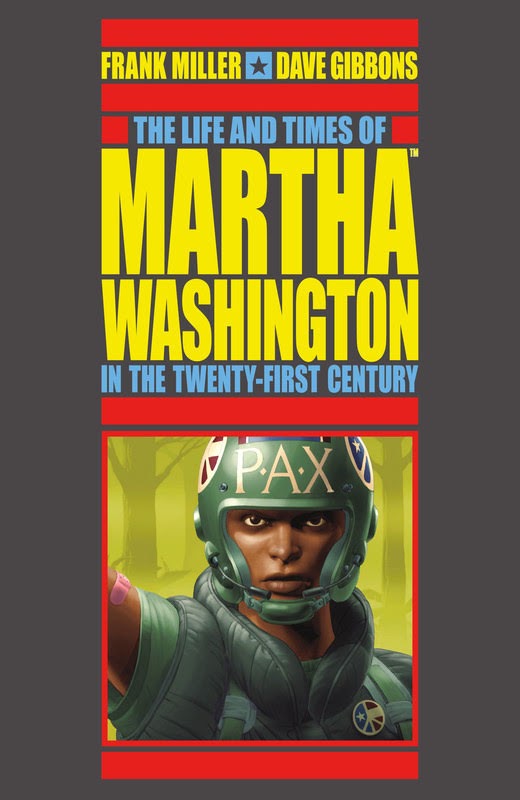 Our story begins in the squalid corridors of a maximum-security housing project, where a young girl will rise from the war-torn streets of Chicago to battle injustice in a world insane with corruption. Her fight will take her far, from the frontlines of the second American Civil War, to the cold, unforgiving reaches of space. She will be called a hero, a traitor, and nearly everything in between, but all along the way, her courage, her integrity, and her unwavering commitment to that most valuable of rights-liberty-will inspire a movement that will never surrender.

The Life and Times of Martha Washington in the Twenty-first Century contains six hundred stunning pages of work from two of the top creators in comics!

Collecting remastered versions of every Martha Washington story and featuring the same extensive behind-the-scenes section by Dave Gibbons and introduction by Frank Miller as the hardcover edition.

The long-in-the-making life story of Martha Washington. A woman who has guts.