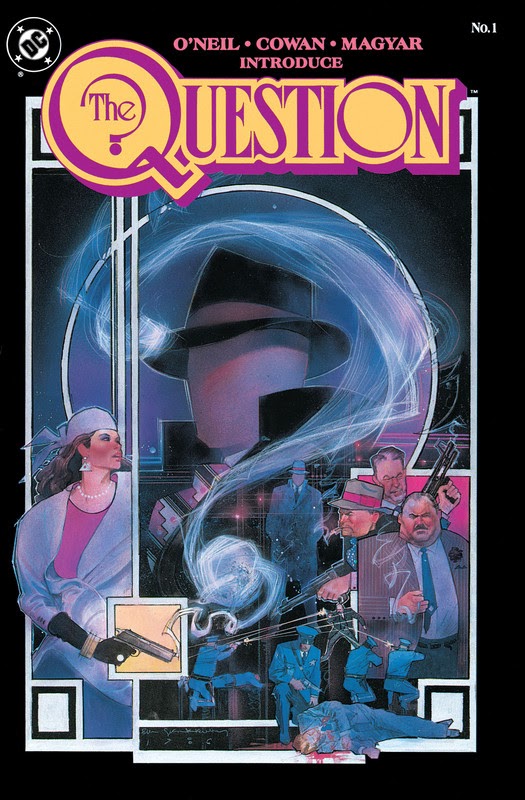 Countdown to the death of Vic Sage (The Question) as he is beaten and shot for investigating the corrupt mayor of Hub city; 1st revealed that Victor Sage’s real name is Charles Victor Szasz and he is an orphan. Mike Gold talks about the history of the Question and the beginnings of this new series.

Series featuring the Question, which began in the late eighties and continued for 36 issues until it was canceled. It was revived for a single issue, #37, as part of the Blackest Night event. This series had two annuals filed under The Question Annual. Plus, the series continued into Question Quarterly (1990) and The Question Returns (1997).