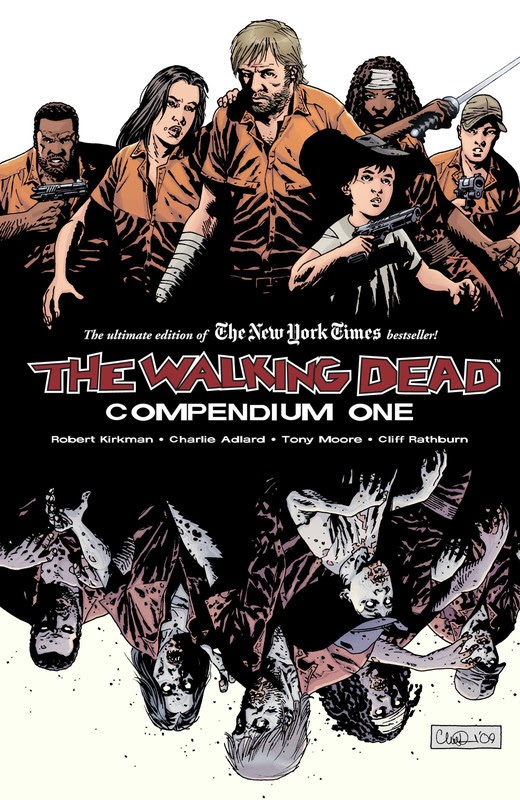 The Walking Dead Compendium is here! Since 2003, Robert Kirkman’s The Walking Dead has been redefining the survival horror genre with its unique and vivid account of life after the end of the world. Although the cast is diverse and often changing (including, of course, a great number of zombies), at the heart of every tale is Rick Grimes: former police officer, husband, father, and de facto leader of a ragtag band of survivors looking to make a future for themselves in a world that no longer has one. To call The Walking Dead a zombie tale is accurate to a point, but it touches on only one facet of a story that asks timeless questions about what it means to live. It also asks whether or not this is possible in a world full of the dead.