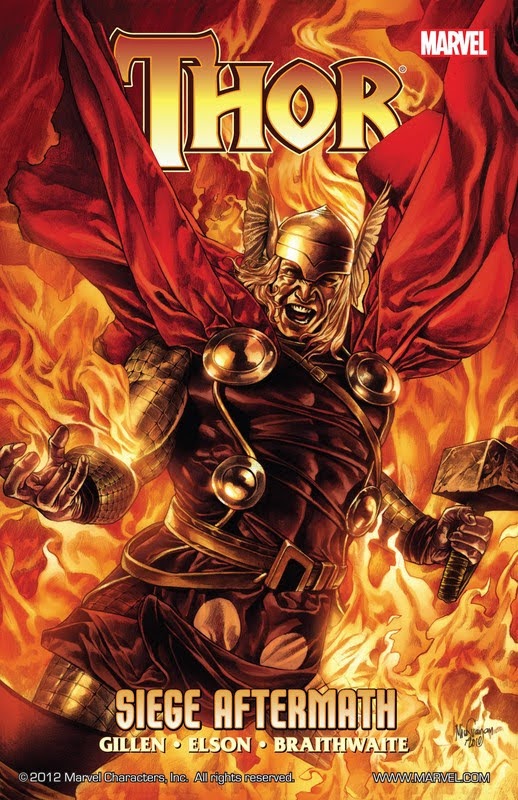 Fan-favorite writer Kieron Gillen continues his bestselling and critically acclaimed run, reteamed with artists Doug Braithwaite and Richard Elson. On the eve of the Siege of Asgard, fiendish Loki set loose the monstrous Disir on his own people – and to serve his ends, he brokered a deal with Hela, mistress of the Asgardian dead, to safeguard the spirits of the departed from the threat he created. Now, Loki is dead and his threat is ended. Or is it? A crafty loophole in Loki’s contract with Hela allows Mephisto, the lord of Hell and the Disir’s new master, to unleash the carnivorous killers on Asgard again. Plus: In a classic tale from the titanic triumvirate of Stan Lee, Jack Kirby and Neal Adams, Thor finds himself trapped in Loki’s body…and in Hell!