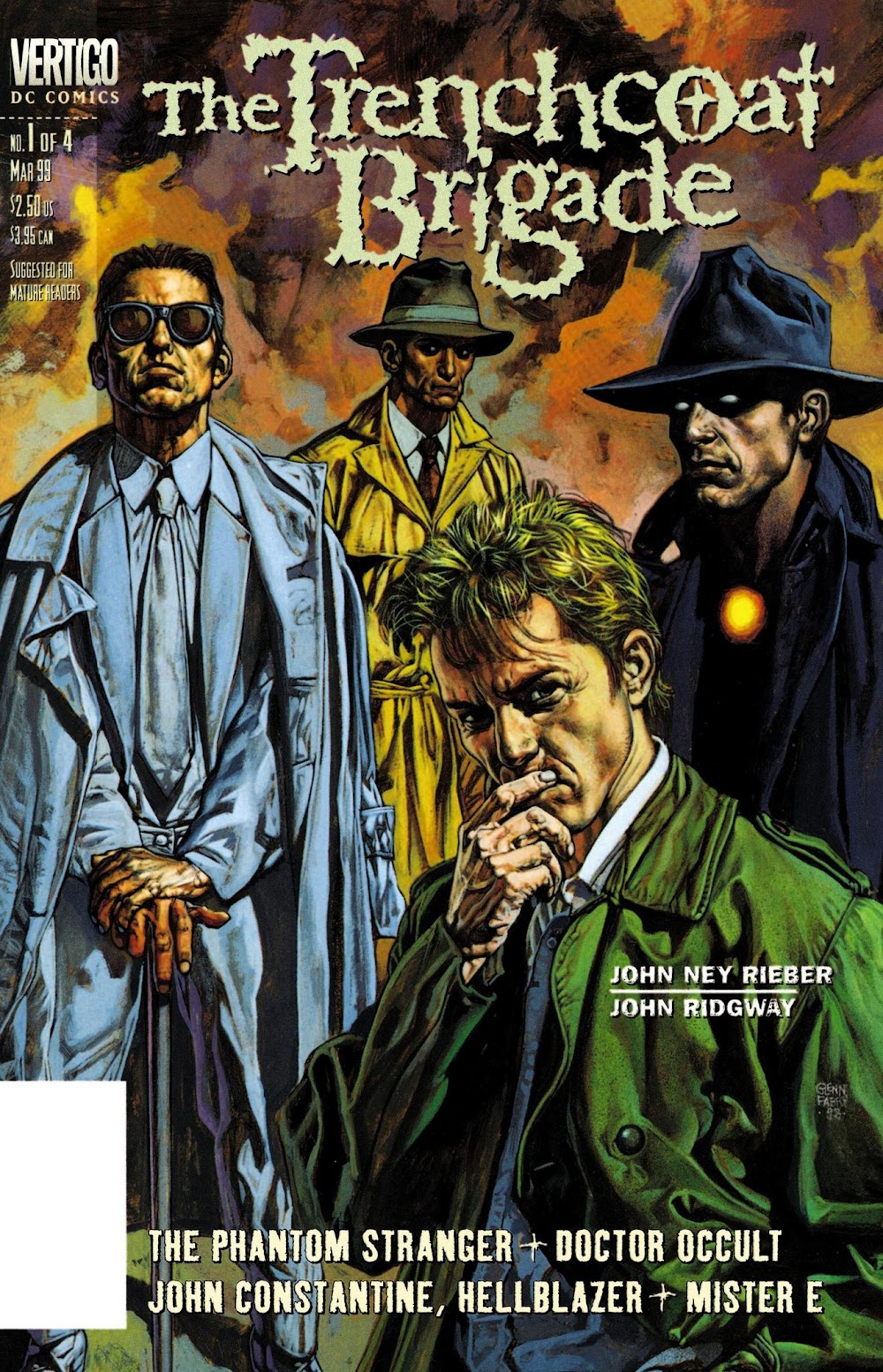 The Phantom Stranger, John Constantine, Doctor Occult and the dangerously unstable Mister E–the quartet Constantine once dubbed „The Trenchcoat Brigade“–reunite in a darkly humorous 4-issue miniseries. Mister E has arrived in the present day, but why is he killing green-eyed Russian men in New York City? E’s reluctant allies join him on a search for the answer, voyaging through time and space to a devastated future ruled by an evil force whose roots in DC horror reach back further than Vertigo.