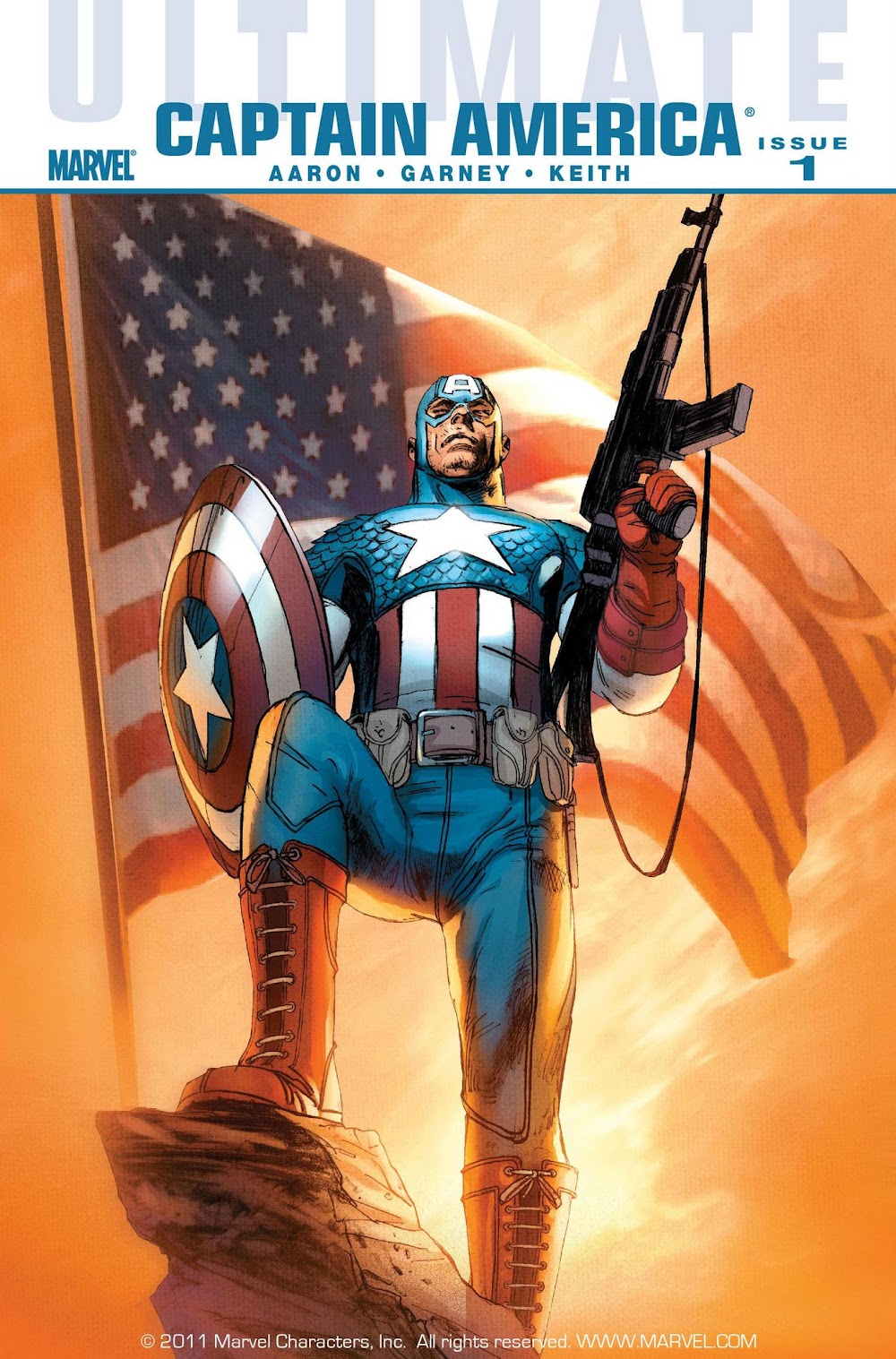 Captain America meets his ultimate nemesis-the Captain America of the Vietnam War! As new enemies face off, old secrets from the super soldier project are revealed. From the superstar Wolverine: Weapon X creative team of Jason Aaron and Ron Garney, get ready for a hard hitting story of one man’s quest to serve his country and the sacrifices he must make.

Captain America is being held captive & beaten by an unknown assailant who apologizes for not being able to help him before putting a gun to his head. Cap lowers his head and prays while his captor mocks him before giving his prayers 5 more minutes.

Six weeks earlier in North Korea, a masked man presents their government with his own batch of super soldier serum and a test subject. The subject proves his capabilities when Captain America and some British S.A.S. members storm the facility. The masked man kills the test subject and sets him on fire with Cap and his team on his trail. Carol Danvers orders the team to get a blood sample before the supposed secret mission becomes a disaster.

Captain America follows after the man on his own only to catch up with him and suffer a brutal beating at the hands of the Captain America of Vietnam.