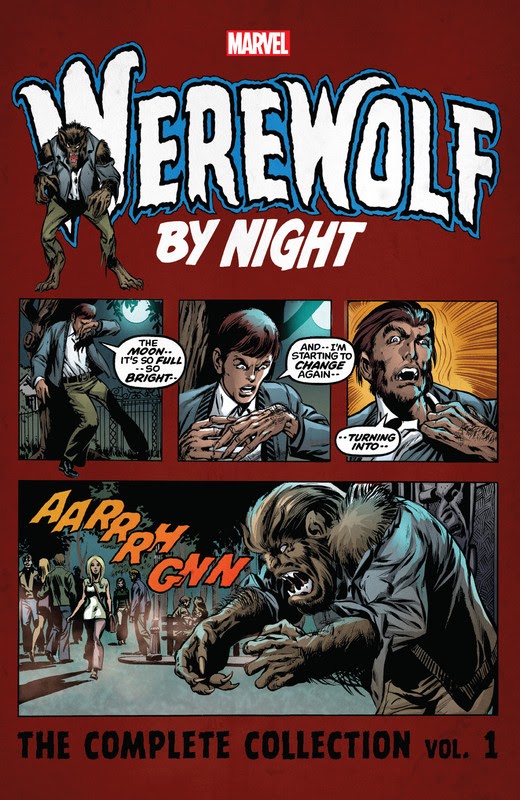 Jack Russell stars in tales to make you howl, as Marvel’s very own Werewolf! Learn how Jack became one of the grooviest ghoulies of the seventies in this classic collection of his earliest adventures! Afflicted with his family’s curse, Jack’s sets out in search for answers. Could they lie in the terrible tome known as the Darkhold? But Jack’s quest is fraught with danger from mad monks to big game hunters to a traveling freak show! Then there’s the terror of Tatterdemalion, the horror of Hangman and the torment of Taboo! But few encounters can compare with Krogg, the lurker from beyond except, maybe, a Marvel Team-Up with Spider-Man and a supernatural showdown with Dracula himself!