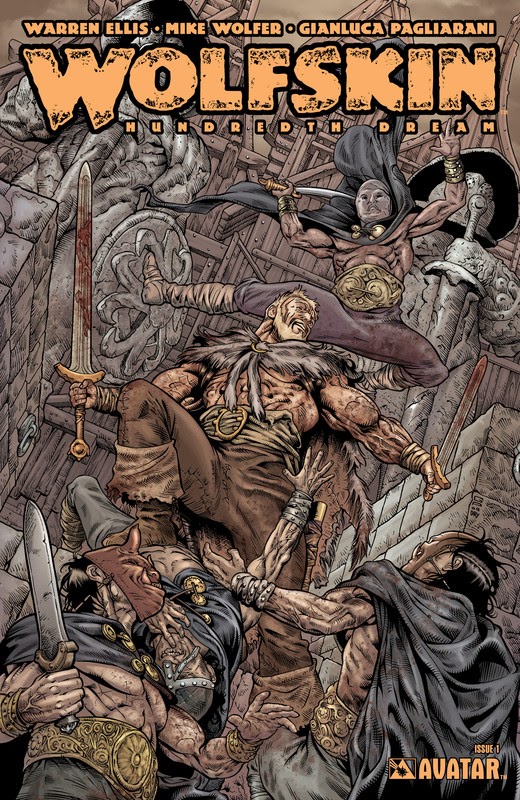 Unveil the next six issue barbaric epic of Wolfskin, this time joined by Gianluca Pagliarani, the star artist of Ignition City! His leather boots have carried him far, across an Earth both young and terrifying. He has wandered from the boreal climes of the his former home among the Northish tribes to the bustling seaports of the southern fjords, neither escaping his past nor embracing his future. But for the nomadic, berserker warrior named Wolfskin, past and future are about to collide in an unprecedented adventure of cataclysmic proportions.

Having slaughtered his own tribesmen in the throes of an uncontrollable blood-rage, Wolfskin hopes to find a purpose in life by accepting a position as guide and hired swordsman on a rescue quest to the volcanic, High Northish ice plains. Accompanied by a rogues gallery of misfits and magicians perched between prehistory and the advent of technology, Wolfskin will become the central player in the greatest undocumented heroic legend to ever be lost in the corridors of time.