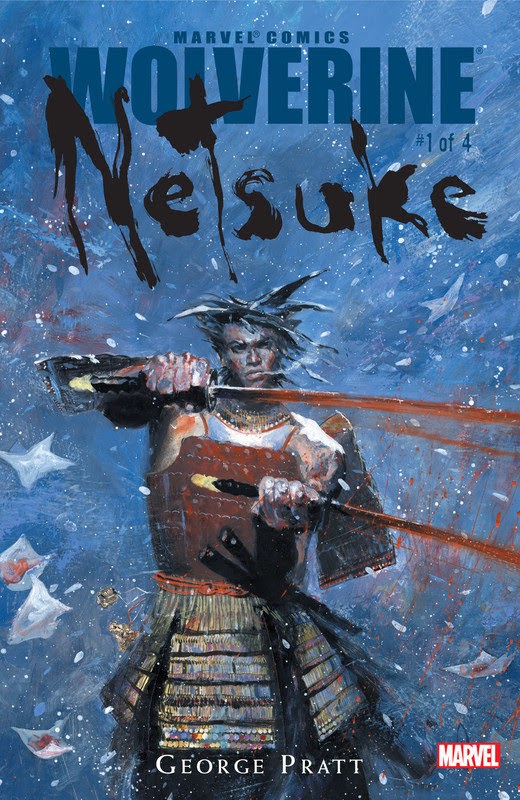 Wolverine’s back in Japan! Summoned by the spirit of his beloved Mariko, Logan returns to the Yashida family compound. Waiting for him there is a netsuke left by Mariko, an old-fashioned toggle from the age of the Feudal Samurai. And once Logan picks it up, he’s transported to ancient, 1100s Japan! Read for the breathtakingly gorgeous art and script by George Pratt!

nět’sə-kē‘: A small toggle, often in the form of a carved ivory or wood figure, used to secure a purse or container suspended on a cord from the sash of a kimono.