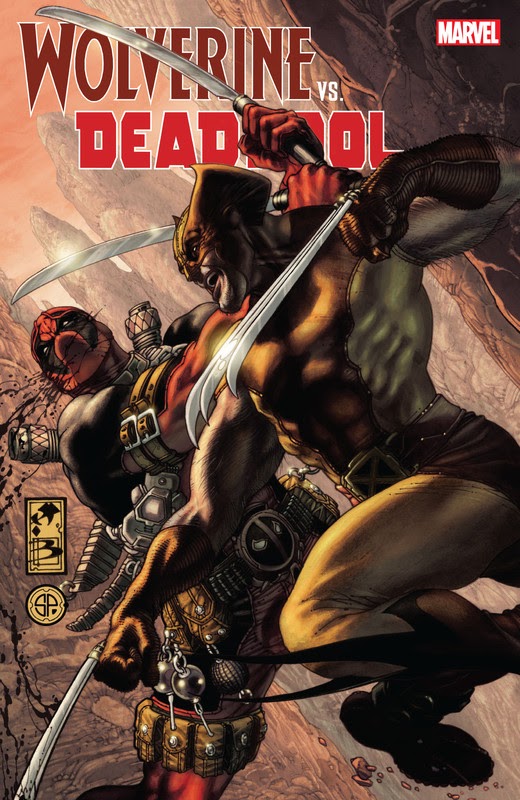 The Merc with a Mouth takes on the Mutant with the Mutton chops in their greatest battles and occasional team ups! Katanas and claws clash in their brutal first meeting but when someone targets Weapon X survivors, Wolverine must ride to Deadpool’s rescue! Doctor Bong tolls for our heroes, then things get hairy over a werewolf! And when a bounty is placed on Logan’s head, guess who tries to collect! An assault on a Hydra base will have them at each other’s throats, while Wolvie plays straight man to Wade’s wisecracker in a showdown with a Shi’ar robot. But things really go off the deep end in the main event one ultimate, over the top, slicing and dicing slobberknocker!