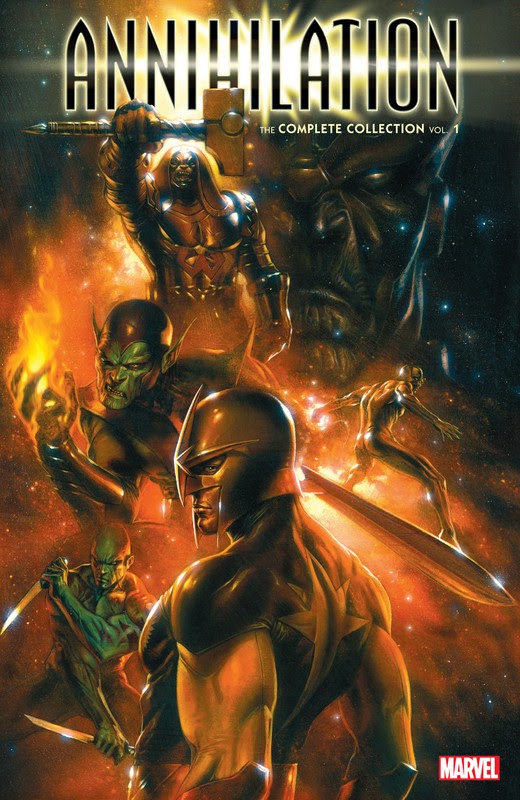 The explosive outer space epic that revitalized Marvel’s cosmos! Drax the Destroyer gets a new look, a fresh purpose and a surprising friend. But when Annihilus, lord of the Negative Zone, unleashes his monstrous Annihilation Wave on our universe, the galaxy’s greatest heroes and some you might call villains must brace for war! Annihilus opening salvo devastates the Nova Corps, and Richard Rider’s life is changed forever! Can he carry the Corps powerful Worldmind alone without going mad? Silver Surfer unites with his fellow heralds to protect Galactus, but what dark bargain must he strike? And a personal mission takes Super Skrull to the Negative Zone where he faces betrayal! Plus: Quasar takes on Annihilus, and only one will survive!