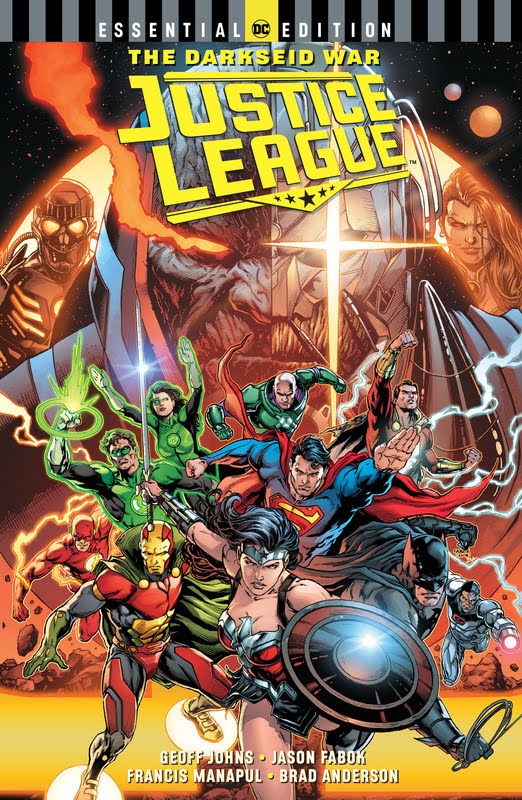 Years ago the Justice League first formed to stop Darkseid and his parademon army from invading Earth. Now Darkseid will once again make the planet a war zone, as Earth becomes the front line in his battle with the Anti-Monitor, a universe-devouring creature who can reduce whole planets to rubble. To stop their planet from becoming collateral damage in this war of gods, the Justice League must uncover the secrets of the New Gods and learn the hidden truth behind the Anti-Monitor’s identity and his history with Darkseid.

The DC Essential Edition series highlights the best standalone stories the medium has to offer, featuring comics’ greatest characters. These trade paperback editions focus on the easiest entry points DC has in its vast library, with seminal, groundbreaking tales that transcend the printed page. Start with the Essentials.