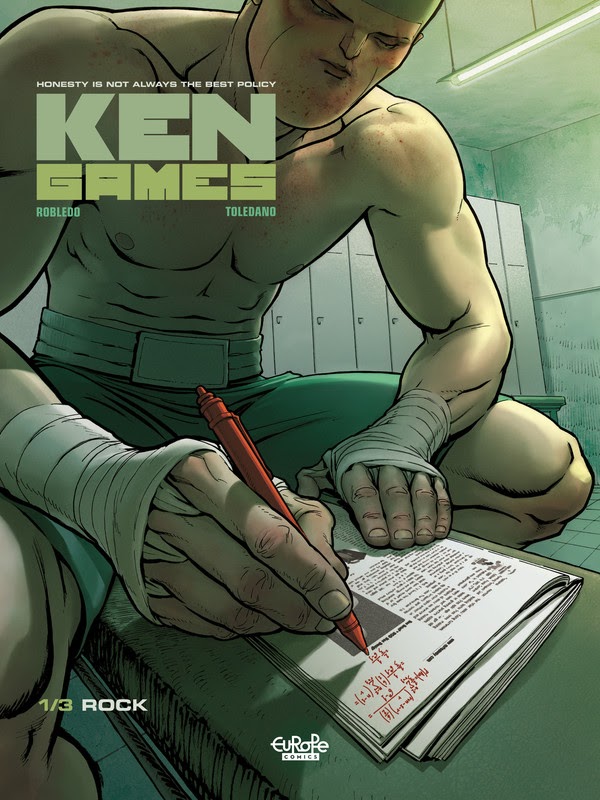 This first volume of the Ken Games series gives us a profile of Peter Fermat (aka Rock), a young man who, like each of the three main characters, is leading a double life. His story opens with a boxing match which has a nasty ending for the up and coming boxer, despite his victory. It’s not long before we discover that Rock is not only striving to make it in the boxing world, but is also something of a mathematical genius, which is how he met his best friend, TJ. For the first time in all their years of friendship, TJ introduces Rock to a girlfriend, the lovely Anne. Anne and Rock soon establish a bond of trust when Rock discovers that Anne too is living a double life, even though Anne’s secret is not exactly what she leads Rock to believe. This is just the beginning of the tangled web of lies and deception that gets ever more convoluted as the series goes on.