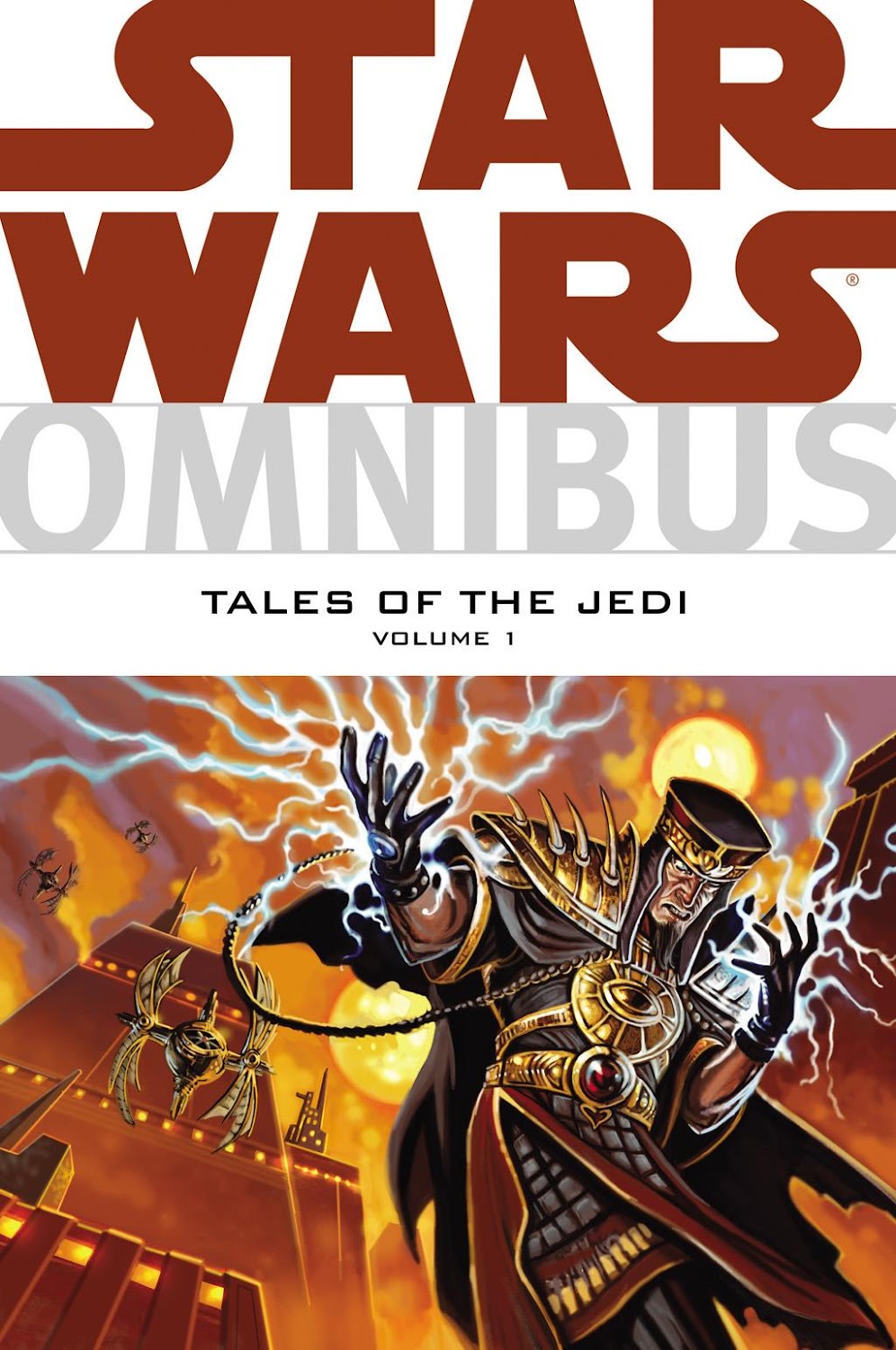 Discover the earliest known stories of the Jedi and the Sith in this massive collection!

Five thousand years before Luke Skywalker’s successful assault on the Death Star, the Sith Lord Marka Ragnos ruled the galaxy. That is, until his death ignited a battle for ascension that would spell the end for his empire-and nearly the entire galaxy! It would be another thousand years before two young Jedi novices Ulic Qel-Droma and Nomi Sunrider would rise for the cause of justice, first in the case of a Jedi-killing Hutt, and then against a dark Jedi spirit threatening to engulf an entire planet!

Containing the Tales of the Jedi stories „The Golden Age of the Sith,“ „The Fall of the Sith Empire,“ „Knights of the Old Republic,“ and „The Freedon Nadd Uprising,“ this humongous omnibus is the ultimate introduction to the ancient history of the Star Wars universe!