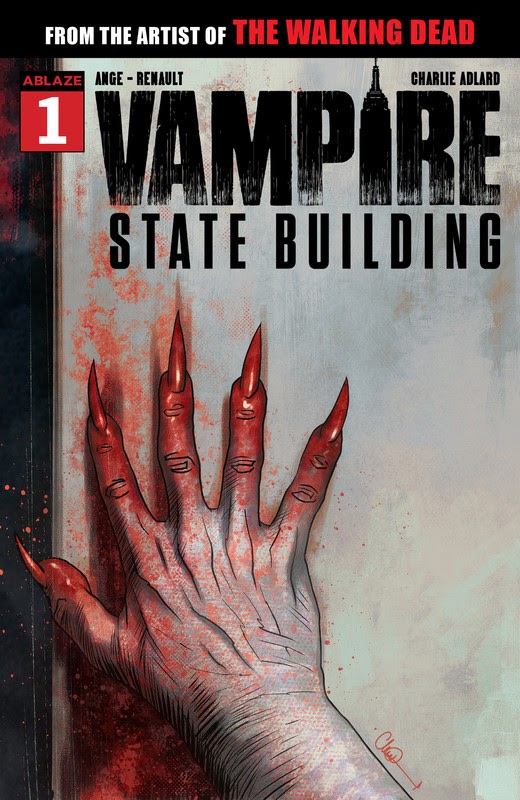 The newest horror series from the artist of The Walking Dead, Charlie Adlard! Just in time for Halloween, get ready to be bitten from the first full color page. Terry Fisher is a young soldier on the verge of being sent away for active military duty, and is going to meet his friends at the top of the Empire State Building for a farewell party. But suddenly a legion of vampires attacks the skyscraper and massacres its occupants. Hounded in the 102 floors that have become a deadly trap, Terry must take decisive action to save himself and his friends and the city of New York before the army of abominations, and the terrible vampire god within, walled in the building since its construction, spill into the city!