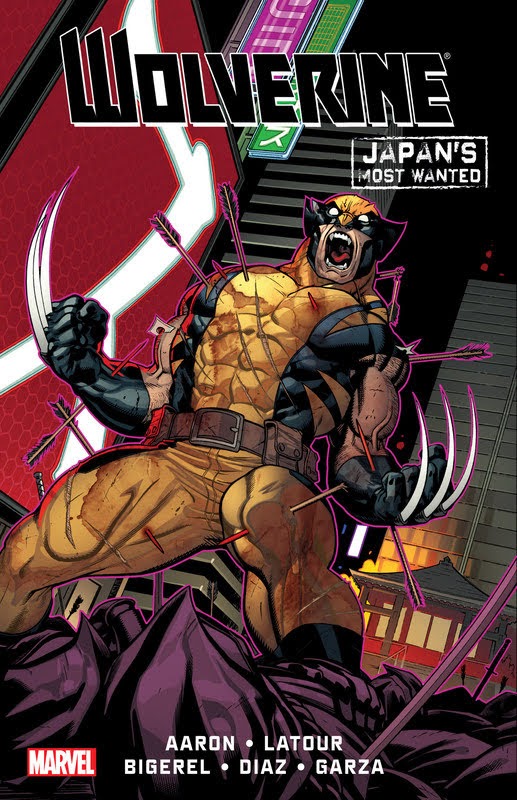 It’s the first print edition of the story previously available only in Marvel’s innovative Infinite Comics format as superstar writer Jason Aaron pits Wolverine against a threat unlike any he has ever faced! Wolverine is Public Enemy No. 1 in Japan, on the run from the authorities and it’s all Sabretooth’s doing! As Wolverine clashes with the new Silver Samurai, the secret Book of the Hand stands revealed. But who is Osen, and what is her connection to both Wolverine and the Hand? As Sunfire joins the fray, Wolverine and Osen seek out the Hand’s First Clan. But can they put their differences aside long enough to fight their mutual foe? When Silver Samurai and his Iron Hand attack, Wolverine goes to war! It’s ninja vs. ninja, with a nation’s fate in the balance!