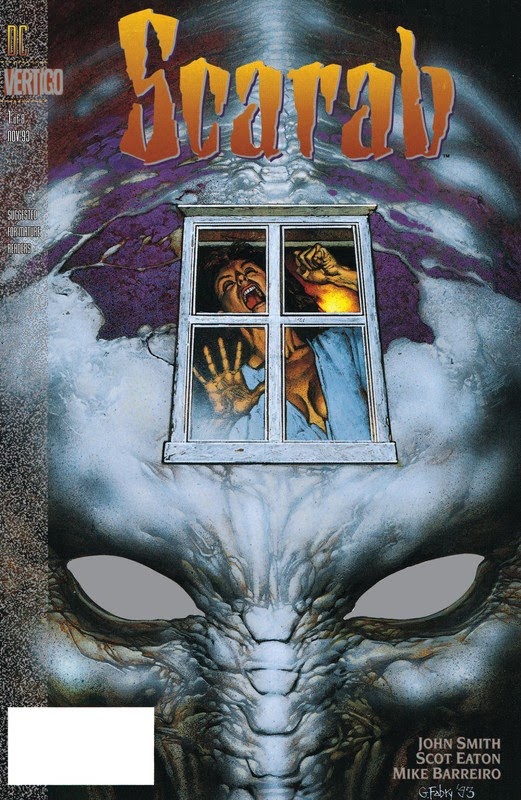 Fifty years ago, Louis Sendak was a mystical adventurer called Scarab, possessor of a magical amulet that transformed him into one of the strangest, most powerful heroes of the Golden Age. Now he’s back – with a second chance at life, youth and redemption. Louis’s life lost all meaning on the day his wife, Eleanor, was drawn through a mystical portal into a strange realm called the Labyrinth. For years, Louis tried in vain to force open the door, but it remained sealed despite his great power. Despondent, he abandoned his life as Scarab. But when the supernatural assassin called the Sicari opens the way to the Labyrinth, Louis realizes he can rescue Eleanor, and in the process, finds a reason to live. All he must do is fight his way past a murderer, reclaim a mysterious and unpredictable magical power, and come to grips with guilt that has paralyzed him for decades. And that’s just the beginning of the horrors that will face him in his new life.